The school is located in Fundao, in the mainland Portugal Centre Region.  This town, of approx. 9000 inhabitants, has grown in a fertile valley between the Gardunha and Estrela mountains and is located about 252 km from Lisbon and Oporto, 200 km from Coimbra and a few kilometers from the Spanish border. This is a region especially devoted to agriculture.  There are also a few industries and services and an important university nearby. Olive oil, wine, and cheese are well-known products of this region, together with an increasing and important cherry production that puts Portugal in a pleasant place in the exportation rankings. The highest place in mainland Portugal is located in the neighborhood the Estrela mountain (1997 mts.) which brings an important number of visitors especially during the snow season.

In June 2012, the school has become an aggregation of several schools for students aged 3-18 which has enlarged the institution. There are 1573 students and 176 teachers. The school has a large variety of student profiles as well as families. Pupils start here the kindergarten until they complete the secondary education, which means it offers an educational project during 12 years. Besides the basic 3 cycles of studies, a wide amount of courses in the secondary education are offered. The secondary regular courses vary from Sciences and Technologies, Economics to Visual Arts and Humanities. There is also an offer of vocational courses.

Some students are taking part in the 2018 European CanSat Competition of the European Space Agency (ESA). A CanSat is a simulation of a real satellite, integrated within the volume and shape of a soft drink can.  Last year, they also participated in the European Astro Pi Challenge which is a project by the ESA Education Office, in collaboration with the Raspberry Pi Foundation, offering primary and secondary school students the amazing opportunity to run scientific investigations on the International Space Station (ISS) by means of computer coding.

The Rede dos Emissores Portugueses (REP) was founded in 1926. The REP, as national member society, represents Portugal in the IARU since 1931.  The REP headquarters is located in Lisbon, however, there are numbers of HAM radio clubs in different regions of Portugal. The REP Delegacao da Beira Baixa CS5DBB is a delegation of the National Club REP and collaborates with the school in educational and technical preparations for the direct ARISS school contact and other projects.

2. Marco (16): What was the daily routine that took you the longest to get used to on the ISS?

4. Pedro P. (16): How long did you take to get used to living in low gravity conditions?

5. Pedro B. (16): What kind of scientific experiments can you do in space and not on Earth?

6. Rodrigo (16): What is the most lifelike science fiction movie that you have ever seen?

7. Mariana (16): In which direction do plants grow aboard the International Space Station?

9. Catarina (16): Do you have to wear any special type of clothes on the ISS?

13. Alexandra (16): What kind of physical and psychological preparations did you need to be an astronaut? 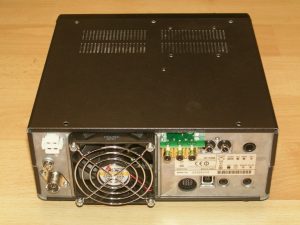 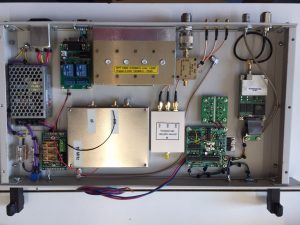