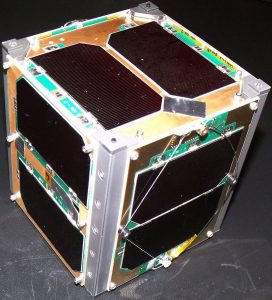 The two metre amateur band is one of the most popular and populated bands in all the spectrum allocated to the amateur and amateur satellite services. This recently led to a request by satellite builders for coordination outside the spectrum reserved for satellites in the IARU band plans (145,800 – 146,000 MHz) as not enough channels are available to satisfy their requirements.

The IARU Satellite Adviser, Hans van de Groenendaal, ZS6AKV and his advisory panel are mandated to coordinate frequencies within the IARU band plans for amateur satellites. Coordinated frequencies must comply with band plans that are common to all three IARU Regions Satellites coordinated outside these plans could cause interference to terrestrial amateur operations in other regions. In theory satellites could be programmed so that they only operate over their country of origin.  Because satellite orbits make it difficult to pinpoint operations, spill over to other Regions may occur during parts of the orbit. Accordingly, IARU will not coordinate frequencies for satellites which are planned to operate outside the internationally aligned IARU band plans for amateur satellites.

The IARU offers frequency coordination in an effort to maximise spectrum utilisation and avoid possible interference to other satellites and ground stations.

The IARU requests that satellite groups work on a sharing plan or use other parts of the amateur service spectrum designated for satellite operation. When a large group of satellite sharing the same band are launched, they will soon drift apart which enhances the opportunity to share the same frequencies. For example, during the initial phase, just after launch, a time sharing system could be used to monitor the payloads before initialising transponders and other systems.

For instance, the 10 metre band, once popular with satellite builders, is today not significantly used. The band segment 29,300-29,510 MHz has been used for amateur-satellite downlinks for more than 40 years, beginning with Australis-OSCAR 5 in 1970 and AMSAT-OSCAR 6, AMSAT’s first communications satellite, in 1972.  The band segment was very popular for downlinks in the 1970s and 1980s.  Today, only one amateur satellite actively uses a 29 MHz downlink: AMSAT-OSCAR 7, launched in 1974. While a 29 MHz downlink would not be practical for today’s very small satellites, owing to the size of the antenna required, the band could be used very practically for uplinks even with small receiving antennas, because transmitting power at the earth station is easy to obtain.  The IARU Satellite Adviser and his panel believe that the 10 metre band offers a good alternative to2metre uplinks

Currently the IARU team also coordinates frequencies for satellites built by universities and educational groups in an effort to maximise spectrum utilisation and mitigate any possible interference to Amateur Radio operations. The IARU is committed to work with these groups and with the ITU to find other spectrum for these satellites.
________________________________

AMSAT-NA has joined the International Amateur Radio Union (IARU) in expressing concern that some soon-to-be-launched satellites operating in Amateur Radio bands could cause conflicts in some ITU regions. In an August 7 statement on behalf of the IARU, Secretary Rod Stafford, W6ROD, said the IARU had become aware of plans to launch a series of satellites, “where the frequencies proposed appear to conflict with existing IARU band plans” in parts of the world.

“IARU is investigating how this has arisen, and is discussing the issues with the parties involved,” Stafford said. AMSAT-UK has reported that the IARU Satellite Coordinator was asked to look into the matter.

While Stafford did not name any specific satellites that may be of concern, AMSAT-UK has said that some frequencies proposed for the Chinese Amateur Radio Group (CAMSAT) XW-2/CAS-3 mission do not respect the internationally agreed-upon 2 meter band plan for IARU Region 1.

AMSAT-NA President Barry Baines, WD4ASW, told the ARRL that AMSAT’s initial excitement regarding the pending CAMSAT launch of nine Amateur Radio satellites has been tempered by concerns that some of the proposed amateur frequencies may not have been properly coordinated.

“While these frequencies are within the spectrum allocated for the Amateur Satellite Service, several will conflict with existing terrestrial allocations, as well as with the normal voice and SSTV downlink from the ISS,” Baines told ARRL. “We support the IARU’s effort to determine how the lack of coordination occurred, to mitigate the interference issues to the maximum amount possible, and to ensure that future amateur satellites will be coordinated in accord with established norms for the benefit of all.”

In a related matter, also alluded to by Stafford, the operation of an existing satellite — the 14-year-old PCSAT (NO-44) — recently became a problem over Europe, when it began transmitting APRS on 144.390 MHz, due to technical issues related to its age. APRS on that frequency is not compatible with the Region 1 band plan. “This unfortunate circumstance appears to be unintentional,” Baines allowed in his comments to ARRL. “There are lessons to be learned in satellite design from this experience that will hopefully be followed in the future to mitigate such potential problems,” Baines added. Users have been asked not to digipeat via PCSAT while the satellite is over Europe.

With the support of the International Telecommunication Union (ITU), IARU volunteer satellite coordinators assign appropriate frequencies for satellites designed to operate on Amateur Radio frequencies. Stafford said these efforts have generally been successful, “allowing satellites to operate without undue interference to each other and to other services using the bands in question.” — Thanks to IARU, AMSAT, and AMSAT News Service

For some years, IARU has sought, through its group of volunteer satellite coordinators, to assign appropriate frequencies to be used by space satellites operating in the amateur bands. These efforts have generally been successful, allowing satellites to operate without undue interference to each other and to other services using the bands in question. The IARU role in coordination of frequencies is supported by ITU.

IARU is aware of a few satellites already operating in amateur bands which are causing difficulties in parts of the world as the frequencies they use do not appear to accord to existing band plans.  IARU has now become aware of plans to launch a series of satellites where the frequencies proposed appear to conflict with existing IARU band plans in some parts of the world. IARU is investigating how this has arisen, and is discussing the issues with the parties involved.

We will make a further statement as soon as possible.
Rod W6ROD

We have been in contact with Bob Bruninga to see what may be possible for NO-44/Pacsat but it is made harder by its high orbit, summer sunlight and power budget It is important that east coast USA  stations as well as Europeans amateurs do not digipeat to it and make it worse

After this we did a check on other possible candidates.

– but look at the frequencies pdf file!!!

So for example see

– which hopefully wont be as bad as the NO-44 example, but is not helpful

Amateur Satellite NO-44 (aka PCSat) has entered into the wrong mode and is broadcasting APRS packets in FM over the 144.390 weak signal section of the 2m band.Whilst this is a USA / Region-2 APRS frequency, it is not in Region-1/3. The problem has been the topic of a series of investigations/comments has and now been confirmed as NO-44

Bob Bruninga WB4APR is aware and hopefully the amateur satellite community will make a determined collaborative effort on a recovery/reset (or closedown) shortly, despite the challenges this involves

Whilst I wish the effort well, please also consider this as an example of why close liaison should be maintained by Member Societies with all satellite groups/activities (inc university cubesats etc) to ensure correct frequency coordination and band plan alignment does occur in order to avoid further interference incidents and comply with ITU regulations which require full control and closedown facilities (see below)

RR 22.1 Space stations shall be fitted with devices to ensure immediate cessation of their radio emissions by Telecommand, whenever such cessation is required under the provisions of these Regulations.

For the past few weeks many 144MHz meteor scatter enthusiasts have been complaining of interference from AFSK packet transmissions. As a 144MHz DX
enthusiast, in addition to being VHF manager I took an interest and started monitoring.
The transmissions on 144.390MHz FM AFSK occur at regular intervals, mostly on Northerly headings from my location near Saxmundham in Suffolk. The
transmissions fill about 15KHz of spectrum on the waterfall display of my SDR receiver.

Because of the inclined orbit Northern European amateurs get a longer pass than those in the US which means that there is a burst every minute for a
pass lasting up to about 12 minutes, repeating every 110 minutes orbit time. Whilst that is not continuous QRM one pass is enough to cause a meteor
scatter QSO on 144.390 +/- 6KHz to fail if they coincide.