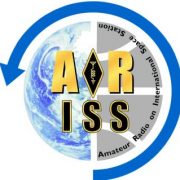 School Information:
Freeport Public Schools is located in the city of Freeport, about 25 miles east of New York City. The district is composed of 8 schools—one pre-K school, four elementary schools, one intermediate middle school, one middle school, and one high school. The total student enrollment is 7,400 and 90% of the students are Hispanic or African-American. Science is taught in all grades, and at the high school students enroll in Advanced Placement classes in physics (calculus and non-calculus based), chemistry, biology, and environmental science. We also have a research class in each of the grades 7-12 that is open to all students.

Our students have participated in the International Astronomical Search Campaign to confirm or discover asteroids that exist in the asteroid belt. We confirmed the discovery of two asteroids, received two plaques from NASA and then published a paper on our work in a leading physics educational journal. One of our teachers and his students travelled to California Institute of Technology to take part in NASA/IPAC Teacher Archive Research Program. One of the students who participated in this research program is now majoring in astrophysics.

Our students have been preparing for our conversation with Scott Tingle from early last summer. This unique opportunity to speak and observe Scott in the International Space Station has generated tremendous enthusiasm for science among our students. Going forward, we plan to design an experiment that can be conducted in the Space Station. At some point in the future we would also like to invite Mr. Tingle to come to our school and give a science seminar.

1. Lesley (15): If an astronaut gets a bacterial infection, do antibiotics work in space as they do on Earth?

2. Jayden (13): Could you describe the ‘SUPVIS Justin’ experiment you conducted on March 2 and the next steps in this work
3. Sarah (12): How has your perspective about the Earth changed as a result of your trip to the Space Station?
4. Jonavan (10): What are the duties of a typical astronaut on his/her first day in space?
5. Johan (10): Does the immune system become impaired after a prolonged stay in space?
6. Gabriela (10): What does it look like from space when seasons are changing?
7. Ava (10): How does age effect how the body reacts in space?
8. Giovanni (12): What are the uses of the robotic arm?
9. Brenna (14): You plan to do one or more spacewalks in your trip aboard the ISS. Could you describe the biggest challenge you face in such missions?
10. Adisa (16): How often and how does ISS adjust its trajectory to maintain a constant orbit?
11. Lesley (15): If astronauts leave the Earth at around 17,000 mph why does it take so long to reach the ISS located approximately 250 miles above the Earth?
12. Jayden (13): I know you like fluid mechanics. Could you describe the fluid mechanics experiments you are involved in?
13. Sarah (12): Has the ISS National Laboratory found any possible organisms that can survive the harsh conditions of space for a prolonged period of time?
14. Jonavan (10): What would happen if you got sick in space?
15. Johan (10): You will be doing a number of experiments aboard the ISS. Could you describe one that interests you the most?
16. Gabriela (10): How can we help pets to survive in outer space for longer periods of time?
17. Ava (10): What are the effects of blood rushing to astronauts’ heads in a microgravity environment?
18. Giovanni (12): You were one of the first responders in the September 2001 terrorist attacks. Could you describe your role?
19. Brenna (14): Knowing there is debris in space can you describe briefly how ISS detects objects moving toward the station?
20. Adisa (16): Due to varying laws governing research in various countries, does each country work solely on their own project or are projects codependent?